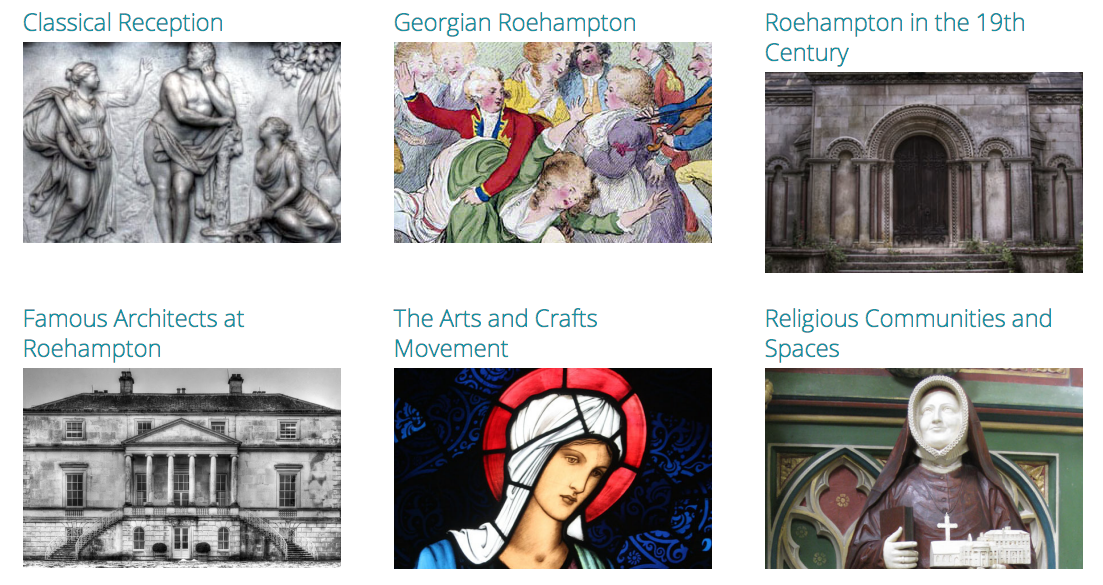 In August 2014, The Heurist Team were contacted by two members of Roehampton College: Dr Charlotte Behr, Reader in Roman and Early Medieval History and Dr Sonya Nevin, Honorary Research Fellow in the Department of Humanities.

They were involved in the Roehampton Campus Project, an ‘undergraduate project-based module that investigates new forms of learning, teaching and presenting research … focusing on the Roehampton campus itself using its buildings and artworks, landscape features and religious sites, archival and image collections to explore its architectural history, classical allusions and religious links.’

Once the results of the research have been collected, and stored in a Heurist database, the next step was to share the results with the college students and to help other universities introduce campus learning projects. Hence their request to the Heurist Team for assistance.

Our spec was to implement a suitable web site based around the topics involved in the research, and pull in the research data, keeping in mind the project team’s limited funds.

Starting on a Wednesday, two members of the Heurist Team got to work.

First, they set up a server using an international web hosting service with very generous yearly hosting rates. On this they installed the free and widely used WordPress (web-design) application.

Using a free Wordpress Theme they then set up the web site structure, adding suitable graphics with roll-over text to the front page, matching the topics available on the site. A number of other pages and a menu-structure were added. 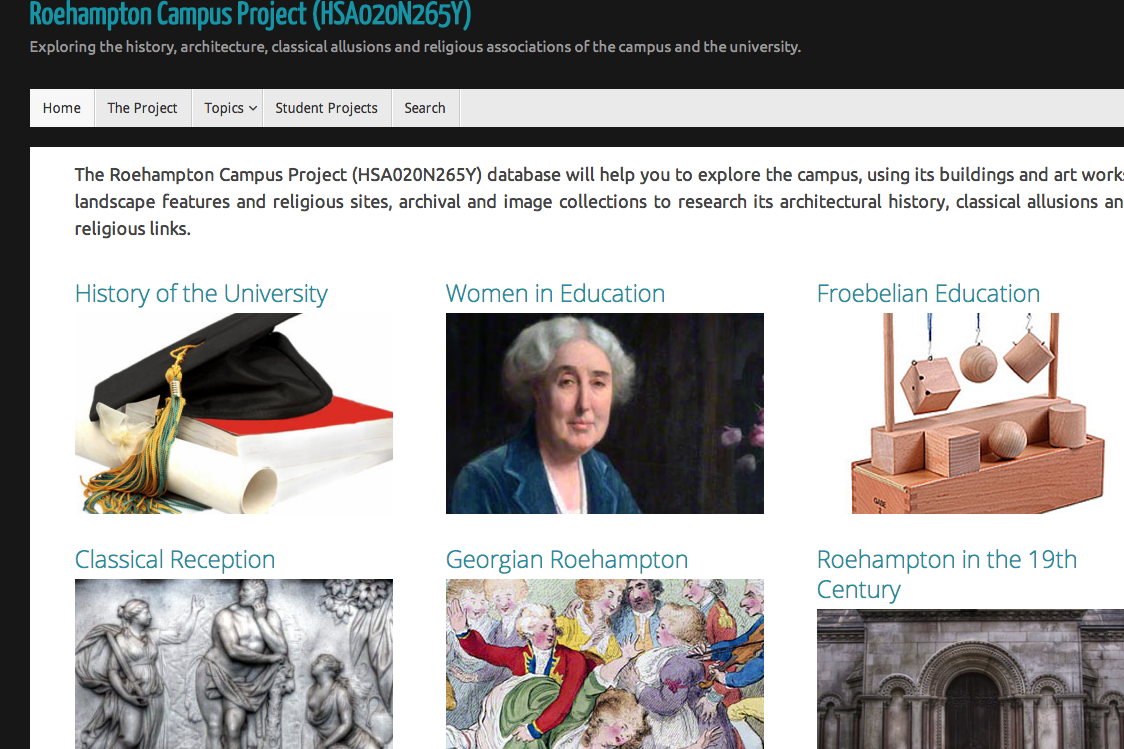 Next they added scripts to each topic. The scripts were generated from the Project’s Heurist database.

One script populates the topic pages with a searchable map of the campus overlaid with relevant data, along with the corresponding timeline: 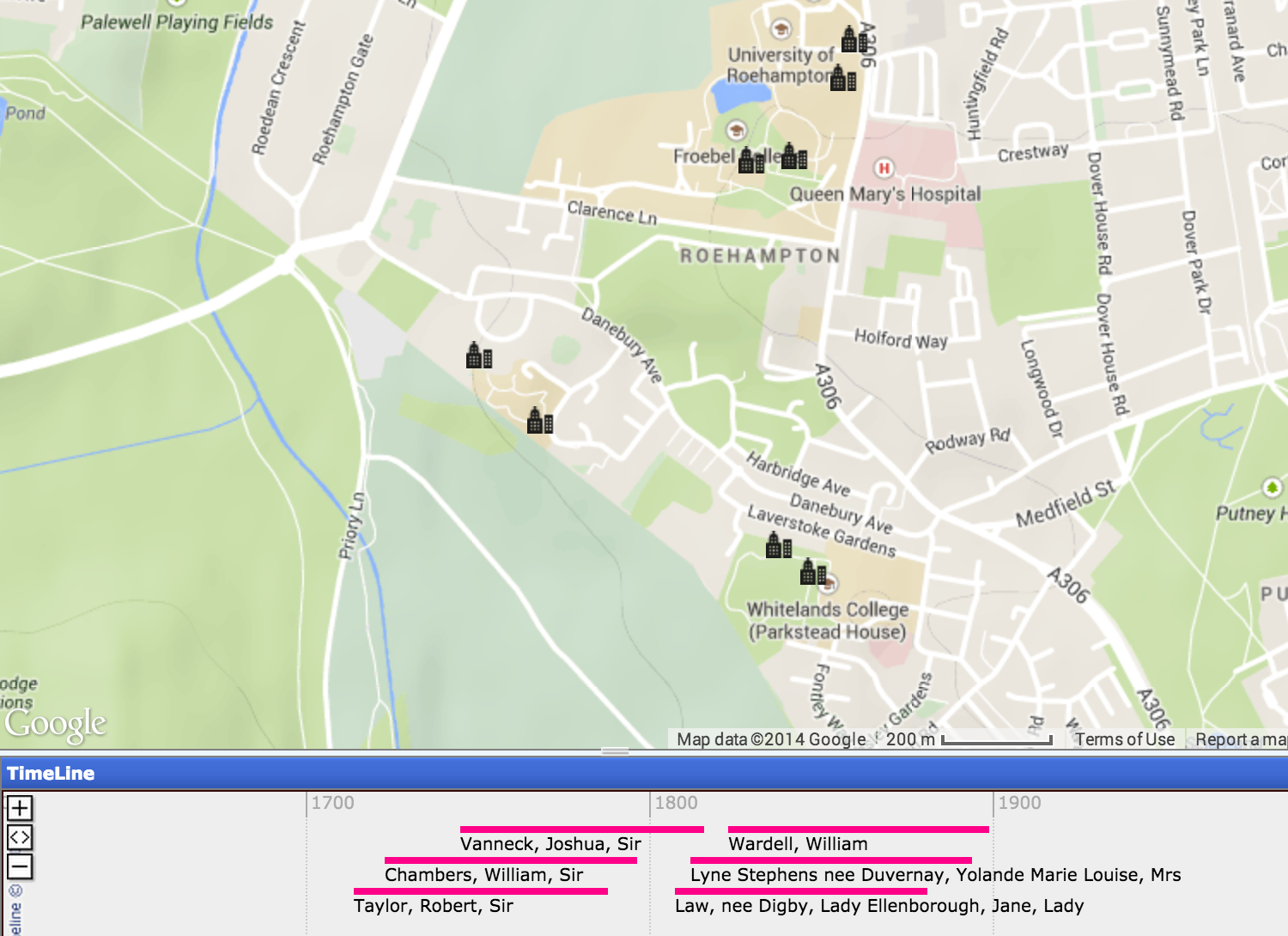 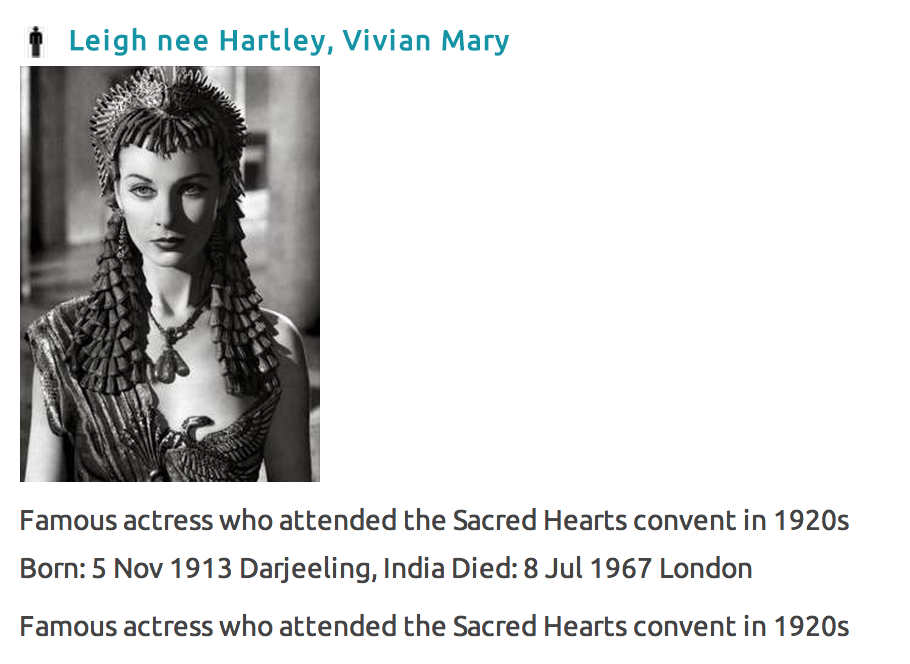 The third script produces a Heurist Search query to allow the viewer to search the public-interface to the database itself.

By that Friday the site was complete and ready to be handed over to be maintained by the Project Team themselves.

Go here to the Exemplar page for more details.